Check Out The Trailer For “In Their Skin” 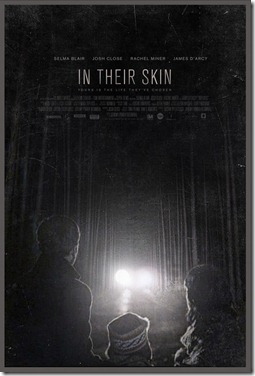 Premiering in the Cinemania section of the Tribeca International Film Festival 2012, “In Their Skin” is a tense and terrifying thriller starring Selma Blair (Cruel Intentions, Hellboy), Josh Close (The Exorcism of Emily Rose, Diary of the Dead), James D’Arcy (W.E., Master and Commander), and Rachel Miner (Bully, Supernatural). The harrowing home invasion film has received hype from horror fan sites and will be released in fall 2012 by IFC Midnight. Check out the trailer below.

After the accidental death of their six-year-old daughter, the Hughes family escape their busy upscale suburban life and head to their isolated cottage for some quality time. An evening with their friendly neighbors is suddenly interrupted when one man's obsession with perfection escalates into a violent struggle, forcing the families to go beyond what they ever thought they were capable of in order to survive.