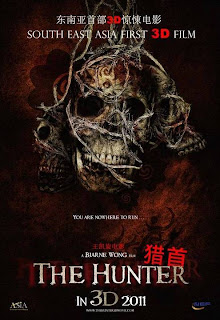 A film crew from China is tasked to shoot exotic flora and fauna of the world’s mysterious 3rd largest island, Borneo. Historical treasures and hundred year old human skulls still hang in the almost untouched equatorial virgin rainforests native homes, in this the notorious tribal land of the Head-hunters. Locals known for their supernatural prowess, bravery and fighting abilities to survive had been at uncountable wars, ending always with enemy skulls brought back home as trophies. The head-hunters live by the hundreds under one common roof. They wear exquisite tribal tattoos over their bodies, intricate woven cloth, produce practical tools, and arts dedicated nature. But most of all, they craft the sacred and ferocious blades meant for ending their enemies lives, and without hesitation, separating skulls from the bodies. The journey began happily on Borneo Island, little did they expect that some would find love, passion and laughter while almost all will taste the stealthy killing power of the warriors enchanted blade around their necks.

In Malaysian Theatres this summer.
Posted by A Southern Horror Fan