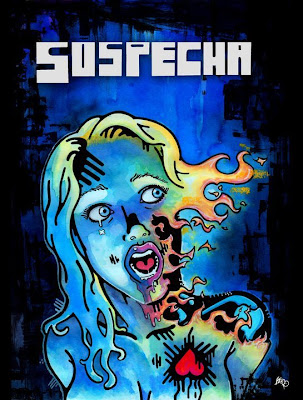 Javier Cordero's short film "Suspecha" (meaning Suspicion) has gone into post production and gearing up to make the festival circuit. He pays tribute to classic horror movies mostly from Italian cinema greats such as Mario Bava and Dario Argento. Cordero also seems to be influenced by the American horror comic styles. He combines these the two to bring his own flavor of horror. "Suspecha" is, in the directors on words, a story of horror kitsch, exaggerated, strong prints and high contrasts, is an emotional blow to the viewer. 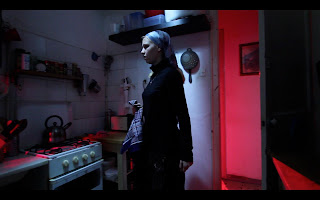 The film is a story that revolves around a woman who lives in a small village in Spain around the "day of the candles" festival, full of superstitions and rituals with effigies of horrifying figures being set on fire. She comes home to find her son murdered and husband lying unconscious. Was it an accident or murder?