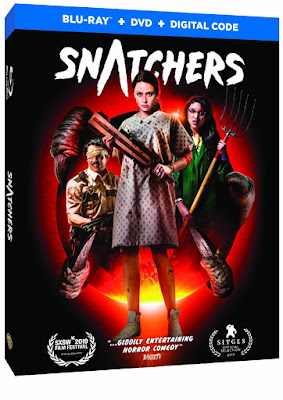 After status-obsessed teen Sara has sex for the first time, she wakes up the next day nine months pregnant-with an alien.