A new poster has been released for the Soska Sisters' remake "Rabid" ahead of the August 26th world premiere at FrightFest. It stars Laura Vandervoort (Jigsaw, Bitten), Benjamin Hollingsworth (Cold Pursuit) and Phil ‘C.M. Punk’ Brooks (Girl on the Third Floor). Based on the original horror from David Cronenberg, 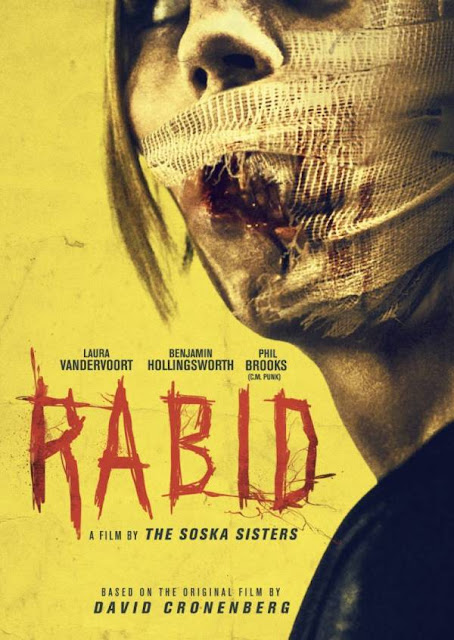 After aspiring fashion designer Rose (Laura Vandervoort) suffers a disfiguring traffic accident she undergoes a radical and untested stem-cell treatment. The experimental transformation is a miraculous success, transforming her into a ravishing beauty. But she soon develops an uncontrollable sexual appetite, resulting in several torrid encounters, which sees her lovers become rabid carriers of death and disease. As the illness mutates and the contagion spreads out of control, all hell breaks loose as the infected rampage through the city on a violent and gruesome killing spree.