My Review Of "The Bastard Fig Tree" 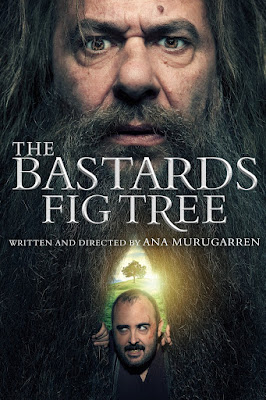 During the Spanish Civil War, a fascist soldier becomes a hermit who is obsessed with a fig tree after looking into the eyes of a boy whose father and brother he killed.

Technically "The Bastard Fig Tree" isn't horror, though there is some horrific actions taken on behalf of horrific ideology. Still thanks to some gothically framed characters, haunting and fantasy-like cinematography there is an air of dark fairytale inspiration enveloping the story. Despite the more dark dramatic style of story telling "The Bastard Fig Tree" is a beautifully tragic, and captivating film.

The acting is superb. The characters are layered and familiar. And the story, even as it is set in a historical point, is very relevant to now. Ana Murugarren is very direct in telling the story as a classic morality tale. The use on the antagonist as transformative, becoming the protagonist and caretaker of the story's heart is brilliant.

The horror elements happen within very dramatic, chilling scenes where sheer cruelty and calculative action of man's own ideology. Violence and social cleansing of people who's views differ with such finality is horrifying. Fascists, Nazis, Death Squads, White Supremacy, all terrifying and disturbing similar. This makes "The Bastard Fig Tree" recognizable and relevant today as it is to history. The film is subtitled, but it is definitely worth watching. (4/5)
Posted by A Southern Horror Fan