The First Poster Has Been Released For "Do Not Reply" 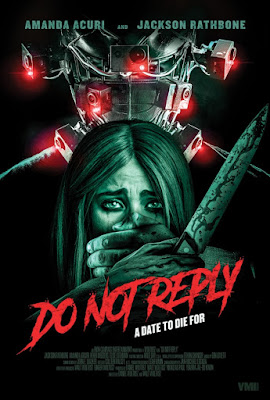 The film deals with an introverted high-schooler, who is targeted through a social media app'. Now, Chelsea will have to escape, before her murder is broadcast across the internet.