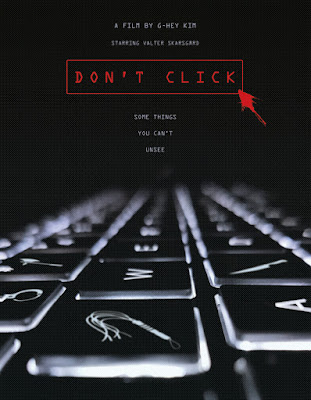 Vortex Words + Pictures is proud to announce that principal photography on their new production Don’t Click has commenced in Hamilton, Ontario, Canada. Shooting is expected to be completed in May 2019 with the film being released later this year. Don’t Click is a supernatural thriller directed by Centennial College Film Graduate G-Hey Kim, with the premise being adapted from Kim’s award-winning short student film of the same name.

Don’t Click is produced by Bill Marks (WolfCop, Hellmington) and executively produced by George Mihalka (Director of My Bloody Valentine), Christopher Giroux (Bite, I’ll Take Your Dead) and Courtney McAllister. The film stars Valter Skarsgård (Lords of Chaos, Fun House) in the lead role and Canadian rising stars Mark Koufos and Catherine Howard. “I’m so grateful for the opportunity to be working with such an amazing team,” says Kim.

After screening the short film, George Mihalka brought the unnerving project to Vortex and presented it to Bill Marks. Vortex picked up the rights and attached Courtney McAllister to write her first screenplay. “With George mentoring us, G-Hey and I developed a truly horrifying film that I think will resonate with audiences,” states McAllister. “This story explores both the extremity of violence that’s so easily accessible online as well as the moral grey areas we face and how we handle them,” continues Kim.
Posted by A Southern Horror Fan