James Wan released the first look at the new Annabelle on Instagram. The new film, "Annabelle Comes Home" hits theatres June 28th. Patrick Wilson and Vera Farmiga will be returning to the franchise once more as Ed and Lorraine Warren. 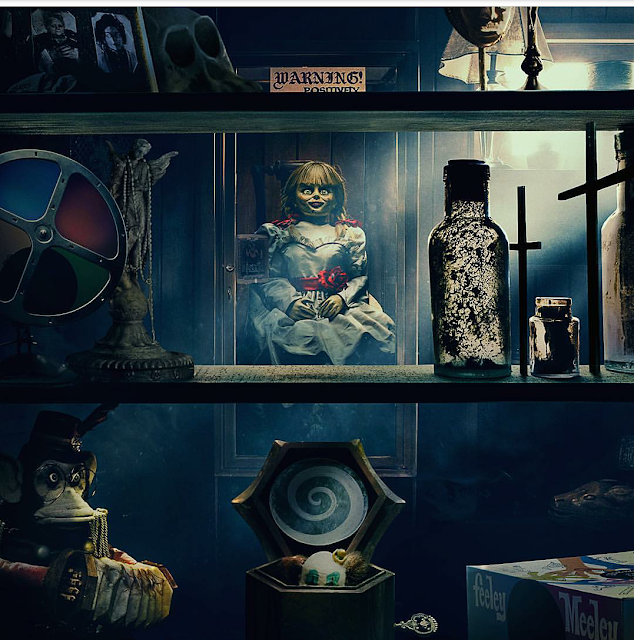 "OK , maybe she has snuck cameos in my other recent films (which I won't confirm or deny), BUT... she'll very definitely be up front and center on this one! The real next chapter of THE CONJURING Universe. On June 28th Annabelle Comes Home. Directed by Gary Dauberman."

Mckenna Grace joins the cast as Ed and Lorraine's above-mentioned ten-year-old daughter Judy Warren. Meanwhile, the roles of young Judy's babysitters go to Madison Iseman as Mary Ellen and Katie Sarife as Daniela. On top of that cast, Stephen Blackehart joins in on the mayhem as Thomas, Steve Coulter as Father Gordon, Paul Dean as Mr. Palmeri, and Luca Luhan as Anthony Rios.
Posted by A Southern Horror Fan