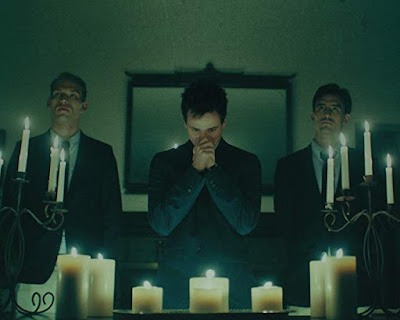 Three nerdy college freshmen, who have been rejected and ridiculed by just about every fraternity on campus, are invited to an off-campus to a party at a secluded mansion.  There they treated like princes by the resident brothers and the party is everything they dreamed college would be—beautiful women, drinking, and most importantly, a cool group of guys willing to accept them as one of their own. When the friends are presented with an opportunity to pledge the elite social club, they accept without hesitation. However, as the gruesome, dehumanizing hazing progresses begins, a more sinister picture of the frat emerges.