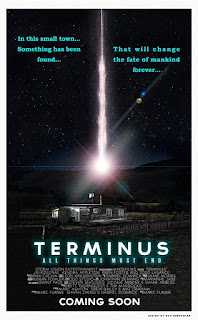 Official trailer for "Terminus" proves all good things must come to an end. The film is set for limited theatrical release in Australia on January 4th with North American release set for January 22nd. "Terminus" is directed by Marc Fermie and stars Jai Koutrae, Kendra Appleton, Todd Lasance and Bren Foster.

Following a near-fatal accident, David Chamberlain makes an unprecedented discovery that will not only determine the fate of his family, but of mankind.