Official Trailer Released For "I Spit On Your Grave III" 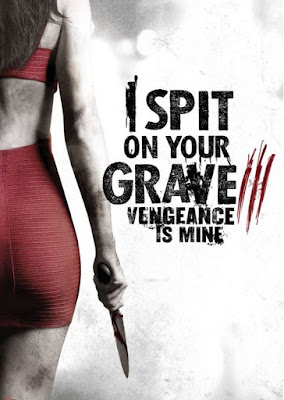 The official trailer has landed for "I Spit On Your Grave III". The film continues the revenge, exploitation nightmare themes that kicked off with the remake of this cult classic. "I Spit On Your Grave III" is directed by R.D. Braunstein and stars Sarah Butler, Jennifer Landon, Doug McKeon, and Gabriel Hogan. This one has limited theatrical release October 9th with DVD/Blu-ray/VOD October 20th.

Jennifer Hills (Sarah Butler) is still tormented by the brutal sexual assault she endured years ago (I SPIT ON YOUR GRAVE 2010). She’s changed identities and cities, reluctantly joining a support group where she begins to piece together a new life. But when her new friend’s murderer goes free and the tales of serial rapists haunt her, Jennifer will hunt down the men responsible and do what the system won’t – make them pay for their crimes in the most horrific ways imaginable. Only this time, no jury may be able to save her.