New 2014 Trailer For “TORN: A SHOCKYoumentary” 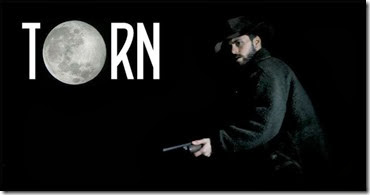 Check out the new 2014 trailer for Justin Carter’s supernatural thriller “TORN: A SHOCKYoumentary”. The film tells the story of a group of friends and siblings who join forces to protect the population of Orchardlea from a terrifying beast. “TORN” stars Julian Seager, James Cotter, Simon Burbage, David Elliot, Kit Cox, Martin Challinor and Martin Ross. In an email Carter told me that “TORN: A SHOCKYoumentary” is in post-production and will be hitting the festival circuit early 2014. He went on to state, “I think we have a really strong picture on our hands, with a scale and ambition which truly defies our most limited of budgets. I’m very much looking forward to unleashing TORN upon film festival goers everywhere in 2014 “. Check out the trailer below.

If you go down to the woods today.... Has a supernatural evil come to terrorize the rural Devon village of Orchardlea? Or is the escalating body count and sense of impending doom actually the self fulfilling prophecy of two hoaxsters accused of a brutal murder? This SHOCK YOUmentary documents an 8 month period, observing a small group of friends and siblings who join forces to protect the population of Orchardlea from a terrifying beast.