Trailer Released For “Abandoned Mine” 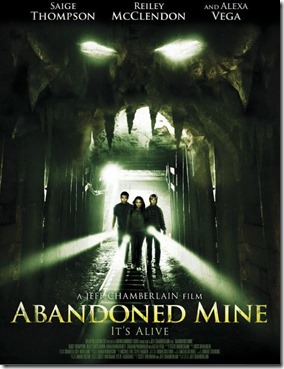 Check out the trailer that has been released for thriller “Abandoned Mine”. The supernatural adventure styled film is directed by Jeff Chamberlain and hits select theatres August 15th. It stars Reiley McClendon, Saige Thompson, Charan Prabhakar, Adam Hendershott and Valerie C. Walker.

“Abandoned Mine” follows five small-town friends who decided to celebrate Halloween with an overnight adventure into the legendary “haunted” Jarvis Mine. Local legend says that a family was murdered in the mine exactly 100 years prior, and that angry spirits have occupied the mine ever since. The group becomes trapped, and their cameras catch the mysterious occurrences that follow.