My Review Of “Alien Crash At Roswell: The Truth Lost In Time” 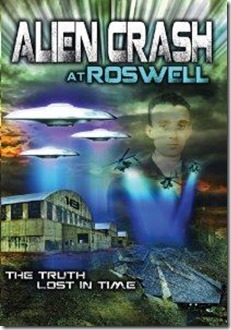 The documentary “Alien Crash At Roswell: The Truth Lost In Time” comes from Reality Entertainment and is narrated by ‘Ancient Aliens’ Philip Coppens. This documentary focuses on Major Jessie Marcel whom discovered the crash that is now the epitome of Alien conspiracy references.  Roswell will never fade as it represents the true ushering in of the UFO phenomenon for time immemorial. “Alien Crash At Roswell” seeks deeper knowledge and understanding of the ordeal and situation that surrounded Mercel who became a scapegoat over the following controversy about the truth of the crash. In early July, 1947 Major Jesse Marcel, commander of the most technologically advanced bomb group in the world, discovered the crash site of a downed UFO in the New Mexico desert following a harrowing and record breaking storm.

Documentaries are rather biopic and walk a fine line between actual enlightenment against the marketable value of entertainment. Whether or not “Alien Crash At Roswell: The Truth Lost In Time” offers anything new to the mythos of the Roswell crash or rather anything new to Jesse Marcel’s story is something that I could not define. I love Alien and UFO conspiracies and stories but I am not a major buff when it comes to the multitude of information surrounding such topics. I can say that what info I gathered from this documentary was knowledge that I already heard from many other documentaries about the incident or people involved. I can say that it was entertaining as most documentaries about Aliens and UFO’s is to me. I enjoyed the added interviews from Marcel’s family members, most notably the descendants that bare his name.  After viewing this documentary I still don’t know if anything really new was discovered or if it adds to the collection of info already out there. Philip Coppens is fun to watch and his enthusiasm is obvious. He is someone that I have become familiar with through the television series that he is attached to- ‘Ancient Aliens’.  Check “Alien Crash At Roswell” out if you are a die hard follower of everything Roswell, but for the random viewer with basic intrigue, I can not say whether or not this docu is a must see.
Posted by A Southern Horror Fan