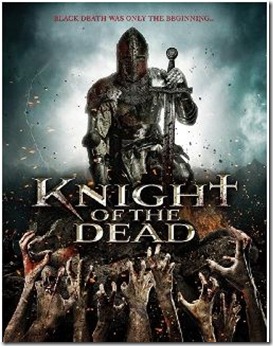 The medieval and dark ages saw plagues galore but they have never seen the level of death that Archstone plans to spread with their zombie period flick “Knight Of The Dead”. The film has gone into post-production and is being helmed by Mark Atkins. It stars  Duncan Jones, Karl Greenwood, Lee Bennett and Vivien Vilela.

Hunted by assassins, a band of crusading knights escort the holy grail through a forbidden valley of black death. What they discover is far more terrifying than the plague! Overrun by hoards of flesh-eating zombies, they're only chance of survival is to hack and slash their way to freedom.
Posted by A Southern Horror Fan