Taste Of Tenderloin By Gene O’Neill


Nine stories of dark science fiction and fantasy take us through the underbelly of San Francisco's most notorious district known as the Tenderloin.  Including the all-new story "Red Alien." 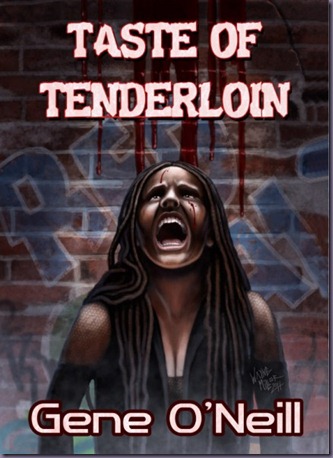 Best known for his strong sense of place and uniquely vibrant characters.  O'Neill brings the gritty underside of the city to life with nine interwoven stories of broken lives, missed dreams, and all that can go wrong with both reality and fantasy among the down and out.  The city itself opens wide to swallow all comers with the temptation of its secrets and sins, while O'Neill brings dignity and humanity to a set of characters often overlooked in both society and fiction.
Pre-Order here!
Posted by A Southern Horror Fan