Movie Stills From "The Bleeding" 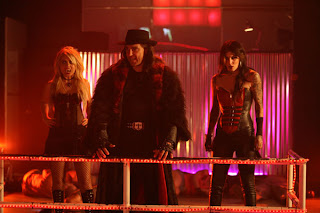 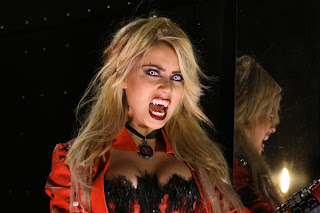 Anchor Bay's upcoming release,From the Press Release:
Anchor Bay Entertainment, in association with Gigapix Releasing and Iron Bull Films, will release the vampire thriller The Bleeding on DVD March 1, 2011. In the tradition of Blade, The Lost Boys and From Dusk Till Dawn, The Bleeding is an action-packed tale of fangs, guns, tattoos and frontier justice on the mean streets and features an all-star cast including Vinnie Jones (X-Men: The Last Stand, Snatch), Michael Matthias, rap superstar DMX (Romeo Must Die), Rachelle Leah, Michael Madsen (Reservoir Dogs, Kill Bill Vol. 1 and 2), tattooed reality star Kat Von D (“L.A. Ink”) and Armand Assante (“Gotti,” American Gangster, Judge Dredd).
Shawn Black (Matthias) knows pain. His parents and brother were killed in front of him. Beaten, bloodied and left for dead by a gang of ruthless vampires led by the charismatic Cain (Jones) and his lethal lieutenant Vanya (Kat Von D). But like his would-be murderers, Shawn has come back from the brink of death to take his revenge. He soon comes upon Reverend Roy (Madsen), who reveals to Shawn his calling as a “slayer,” the only human capable of truly destroying vampires.
Dark, brooding and with a palpable layer of cowboy justice, The Bleeding spins a tale of otherworldly influences running headlong into the very human thirst for revenge. Redemption comes with a heavy, and bloody, price in The Bleeding. 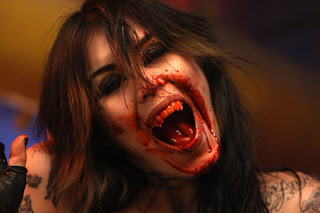 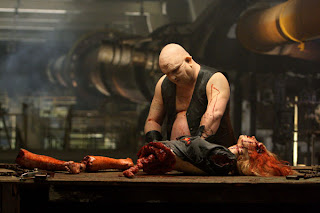 Jump over to Dread Central to see the full spread now!
Posted by A Southern Horror Fan