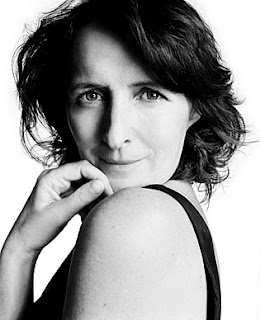 Deadline Hollywood has reported that the new regular role on the HBO vampire series for next season went to veteran Irish theater actress and director Fiona Shaw who is probably best known in the U.S. for her role as Aunt Petunia in the Harry Potter movies. On True Blood, she will play Marnie, a mousy, timid and secretly self loathing storefront medium and palm reader who is taken over by the spirit of a powerful witch. The character was originally envisioned younger but is being adjusted for Shaw. Shaw is currently onstage at Dublin's Abbey Theatre in a limited engagement of Henrik Ibsen's John Gabriel Borkman opposite Alan Rickman and Lindsay Duncan. On U.S. television, she previously co-starred on ABC's limited series Empire.
Posted by A Southern Horror Fan