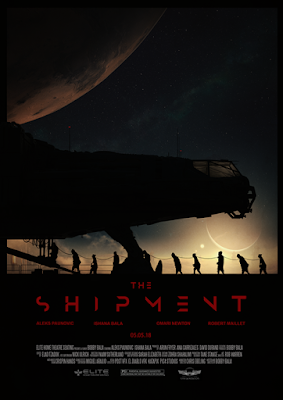 The Tribeca Film Festival, presented by AT&T has announced the selection of The Shipment, a $1 million dollar father/daughter science fiction short, written, executive produced and directed by VFX artist and 3D animator Bobby Bala.
The epic intergalactic tale tells the story of a widowed cargo hauler who finds himself stranded with his daughter on a wretched spaceport after their old ship breaks down. Faced with an unscrupulous offer to escape, he faces a difficult dilemma that puts his morality to the ultimate test as he tries to provide a better life for his family.
Trailer: https://vimeo.com/271403493/023d7821f6
"My goal was to create my first film with my daughter. I felt this would be a memorable experience we could both share for many years and it definitely was,” says director Bobby Bala.
Besides Bobby’s daughter and newcomer Ishana Bala playing the lead female role of Zohra, the lead male role of Kaidan Katar is superbly performed by veteran Canadian actor Aleks Paunovic for which he delivered a nuanced performance tinted with heroic gravitas.
Aleks Paunovic is no stranger to sci-fi having played key roles in War for the Planet of the Apes, Battlestar Galactica, Supernatural, and Smallville, to name a few. He currently stars in SyFy’s Van Helsing and will be seen in TNT’s anticipated new drama Snowpiercer, opposite Jennifer Connelly and Daveed Diggs.
Posted by A Southern Horror Fan