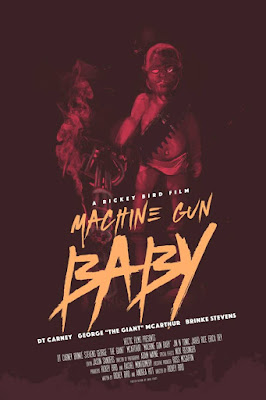 The story follows a baby who survived its own abortion, and now seeks out those who tried to kill him. His weapon of choice? A miniature Gatling gun.