EW has given us our first  tease of upcoming horror "Don't Breathe" with promo poster. The film is directed by Federal Alvarez and stars Dylan Minnette, Jane Levy, Stephen Lang, Daniel Zovatto, Sergej Onopko, Jane May Graves, and Jon Donahue.  "Don't Breathe" is due out theatrically August 26th, 2016.


Fede Alvarez had the following to say about the film when talking to Entertainment Weekly;

I come from Montevideo in Uruguay, a third-world country where we always grew up with a sense of no future. It’s not something unique to where I come from. It happens in many, many different places. The characters in this movie, the reason I choose to tell the story of thieves and people who break into houses is because they want to break away from that reality. Their motivation is something I connect with, which doesn’t mean their morals are what I connect with. But I understand where they come from. 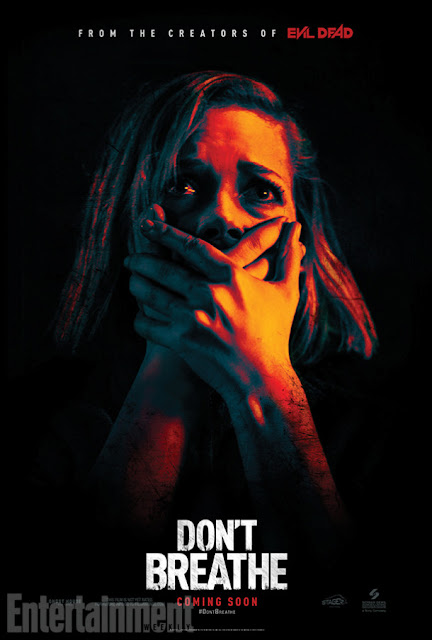