“Old Baby” is a psychological thriller which awakens the complexities of love, infatuation, compulsion and the instability of human nature. The film is currently running a crowd funding effort over on GoFundMe.com. “Old Baby” is from the creators of the multiple award-winning* feature film “The Feed”, Fist In Post Films. 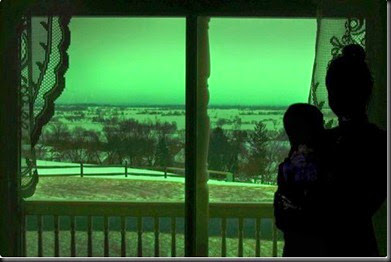 While reporter Jon Edens is researching for a book about people that have closed themselves off from the outside world (shut-ins), he stumbles upon a curious woman named Adelaide. Her stern, morally over-zealous upbringing within a cult-like communal group known only as "The Family" shaped her early years and has caused her to be emotionally undeveloped in relating to the outside world. Jon finds out that, shortly after the birth of her only son, a horrific house fire claimed the lives of Adelaide's husband and a community midwife. Knowing the evidence would point to her as the alleged murderer, she collected up her son and fled from the judgment of the community. Since that time she has been holed-up as a long-term renter at a distant, off-road motel. It is there that obsession is sparked and dark secrets are illuminated. Secrets that she would die for - or kill to protect.
Posted by A Southern Horror Fan