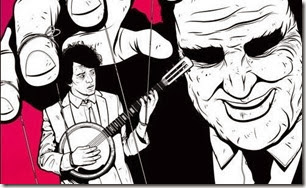 “Banjo” is an indie horror from Safehouse Pictures UK that has recently kicked off it’s crowd funding campaign on Kickstarter. Currently in the pre-producitons stage, a trailer has been released to amp up interest in the project. Check it out below then hit the highlights to go to the film’s pages to show your support. The film follows a young man manipulated by his imaginary friend to exact revenge on his tormenting co-workers. “Banjo” is directed by Liam Regan and started life as a thirteen minute short film titled “Confessions of Peltzer”, which was shot on a shoe-string budget with a three person crew in South Yorkshire, UK back in April 2012. Funding for “Banjo” began October 28th and runs through November 27th. 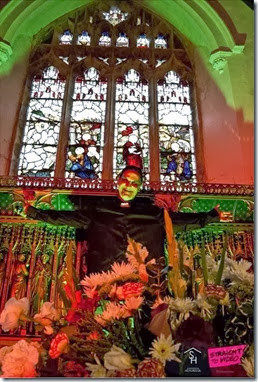 Banjo follows a bullied office worker named Peltzer, who is humiliated daily by his fellow colleagues and cheating spouse.


Once news about his embarrassing bedroom accident makes it's way around the workplace, Peltzer decides to put up with his torment no longer, and conjures up his childhood imaginary friend "Ronnie", through the use of a Ouija board.

Peltzer's world is soon turned upside down, as Ronnie attempts to manipulate him, to exact revenge on his tormenting co-workers in the most gruesome fashion.

As Ronnie starts wreaking havoc and ruining Peltzer's life and relationships, Peltzer soon finds that the genie is out of the bottle, and no longer able to control his imaginary friend. In this twisted tale of romance and revenge.