Official Poster And Trailer For "Night Of Something Strange" 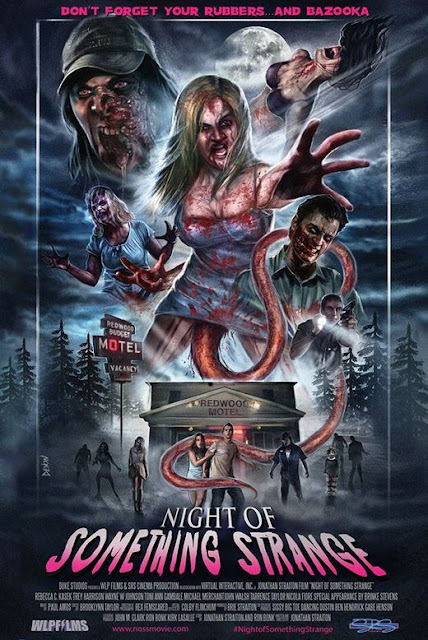 Five teenage friends set out for the beach on their Spring Break vacation. Good times are cut short when one of the group, Carrie, contracts a deadly sexual transmitted disease during a bathroom stop. When they stop for the night at an isolated motel, the real terror begins when the STD virus starts running rampant, turning those infected into the living dead. However, there’s more going on at the motel than meets the eye.