'The Mist' Returns To The Small Screen 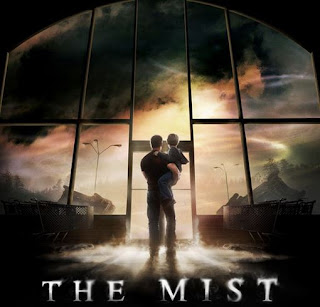 It seems that Stephen King's reign will continue as The Weinstein Company and Dimension Television are in the process of adapting 'The Mist' into a TV series. Danish series writer Christian Torpe has been tapped to write, he is mostly known for 'Rita'. Deadline reported the news.

The series will tell an original story about a seemingly innocuous mist that seeps into a small town but contains limitless havoc. From psychological terrors to otherworldly creatures, the mist causes the town residents’ darkest demons to appear forcing them to battle the supernatural event and, more importantly, each other.

“The terror and drama in Stephen King’s novella are so vast that we felt serialized television is the best place to explore them in greater depth,” said Bob Weinstein, co-chairman The Weinstein Company and Dimension Films. “With this show, Christian has created a fascinating band of characters and a story with infinite scares.”
Posted by A Southern Horror Fan