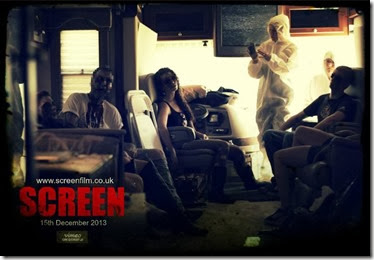 The indie horror “Screen” will hit VOD on December 15th. The film is directed by David Paul Baker and stars Nicole Alonso, Leslie Andrews, Carolyn Crow. The story follows two teens who set out to discover what killed a group of horror fans at a drive-in in the seventies.

Lola & Carrie go on a road trip to attend a Halloween event at an old disused drive-in movie theatre. They also research the past reports about the drive-in. People died in front of the screen in the 70's.
This event is the 40th anniversary of the deaths. Despite this fact, nothing can stop Lola & Carrie from attending. They want to see what is on the SCREEN.


1ST 6 MINS OF "SCREEN" from David Baker on Vimeo.
Posted by A Southern Horror Fan