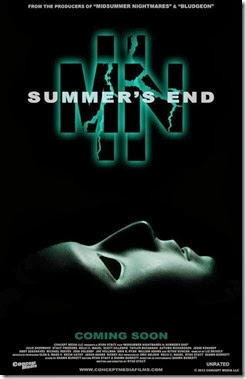 The official trailer has landed online for indie slasher sequel “Midsummer Nightmares II: Summer’s End”. The film is written and directed by Ryan Stacy. “Part II” picks up on the story three years after the brutal massacre from the original film and brings back the surviving characters with the original cast stepping back into their roles, save the lead character. Julie Sherwood was unable to return as the heroine so actress Christy Faulkner  will take on the role. So check out the trailer below.  Also if you didn’t see the first stills that were released back in October then check them out here!