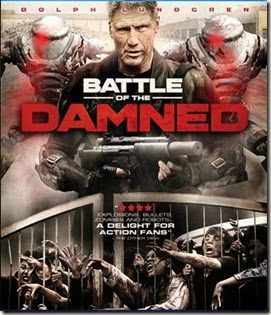 In the near future on the outskirts of civilization a remote test facility lays in ruin following a catastrophic security breach. All that remains is a handful of survivors, their small armory of weapons and a fleet of the infected. The breach led to a viral outbreak that left thousands dead or mutated. Now the infected walk the land, stalking the few that still live. Led by private military operative Max Gatling (Lundgren), they fight the infected and soon learn there are band of malfunctioning prototype robots also on the march and they are armed and incredibly dangerous.
Posted by A Southern Horror Fan