The distribution company Shoreline has picked up “Yokai” as their first ever pick up of a Latin American film. “Yokai” is directed by Cristobal Echevensko and is described “as a story of suspense with supernatural elements of terror, “Yokai” turns on Lydia, a 28-year-old employee of a jewelry store who tries to steal a valuable diamond from Yokai, the Japanese man owner of the jewellry, who is a serial killer in his spare time, living at home with all the ghosts of the victims of his murders.” 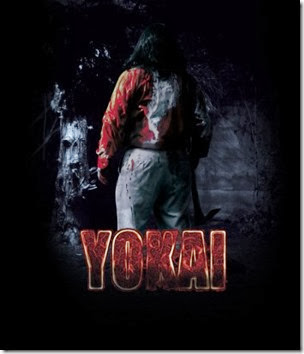 Shoreline director of acquisitions, Melody Djavadi, said; “With his first feature, Eschevensko surprisingly, strategically captures the gory essence of the best horror films while expertly interlacing suspense, fashioning a unique supernatural thriller. I’m excited to begin what is sure to be a long and prolific relationship with this talented filmmaker.”
Posted by A Southern Horror Fan