Nightmare In Tina Land: A Photo Blog Of The Death Of Tina Gray 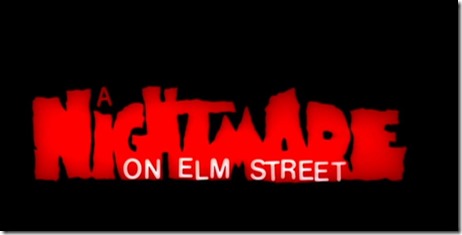 Nightmare In Tina Land is a photo blog of the dead of Tina Gray. Tina was played by Amanda Wyss. She was the very first fatality of Freddy’s diabolic war on the children of Elm Street. Poor Tina – don’t you know that everybody has nightmares. The key is not to die! Tina’s nightmares where a dark journey down a blood soaked rabbit hole. Unfortunately for this little “Alice” Wonderland is made of fire and blades filled with the sounds of death. 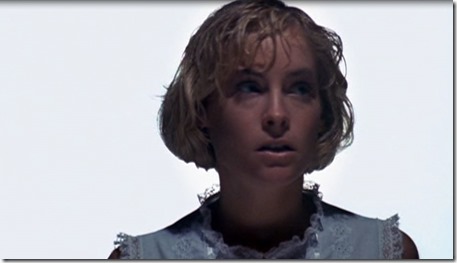 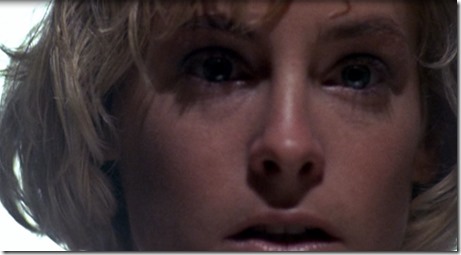 “I only dream in a brilliant white” -In Eastern cultures, white is associated with death and mourning.  Tina starts in a beautiful white environment but it isn’t a symbol of her clean pure bliss. She is moving away from the white serenity toward her fate. This is an omen for Tina Gray- to dream of such a bright white- It sings of death. Tina should have never went back to sleep. The poor child should be held up in some run down trailer park chasing the dragon and rambling of the burnt man with knives for fingers. Still singing 1-2 Freddy’s coming for you – but not me! 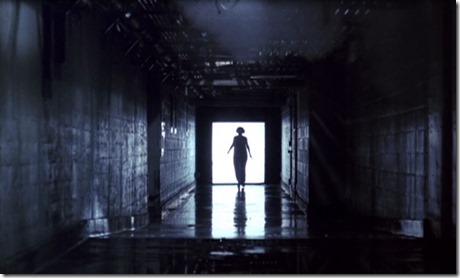 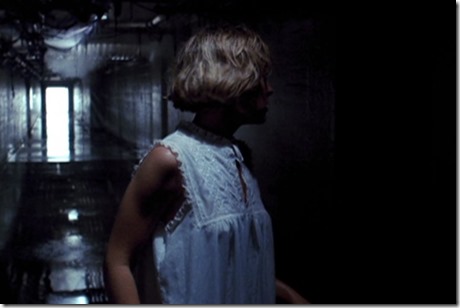 Dreaming of a long corridor or hallway symbolizes the journey that one is one it the waking life. As Tina steps from her omen of white she finds herself walking down this very path to her future. A future that is dark, shadowy and full of uncertainty. Oh Tina-go back into the light!!! 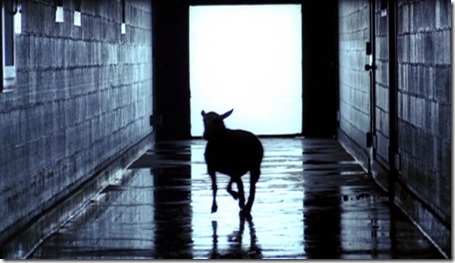 The lamb is a marker of innocence. Considering it too is in the dark corridor and fleeing shows that innocence is lost or is in transition. This is a very critical and dangerous time for the spirit-many things wait just beyond innocence to devour the naïve wanderer. Once there was a lamb as white as snow, it played- it sang- it’s fleece was gold, ah but soon this lamb did lose it’s way, the devil came to stay and stole it’s soul! 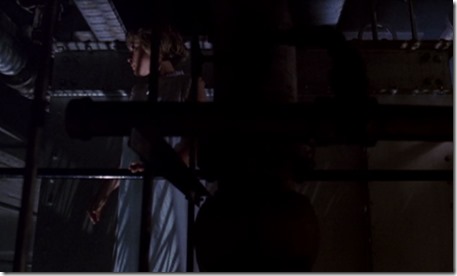 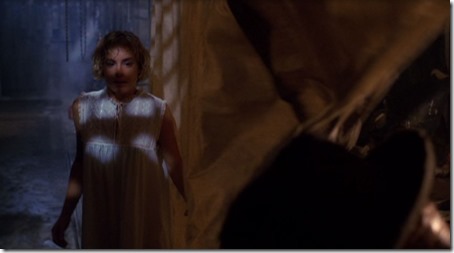 Tina flees the omens of the white light surrounding her and the dark corridor, far from the little lamb, only to find herself disoriented within the damp confines of an old industrial building. She herself is somewhat lost and confused-trying to stay connected to herself. The fact that she seems to be fleeing from some one in her dream shows the fear of not knowing what the future holds. It holds death Tina!!!!! 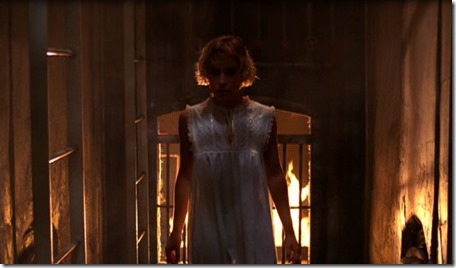 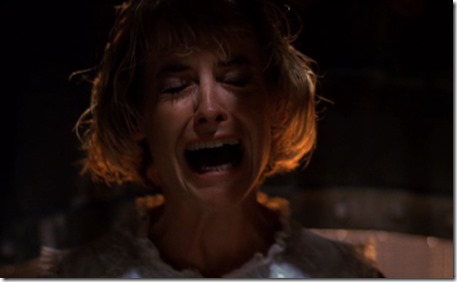 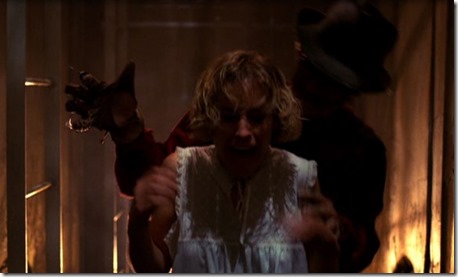 To find yourself dreaming of such fiery surroundings is a clear warning against current behaviors that may be risky or dangerous. To dream of a bad man means that someone is feeling a little guilty about recent actions. Maybe getting laid wasn’t such a good idea after all. Or maybe it is a feeling that someone around you is not a good person and could be leading you down a wrong path. Either way it is a real fuck-all moment. Tina ran from her pursuer but she couldn’t run from her dreams. Freddy do love a lost child! A but fortunately for Tina she survived that night’s frightful dreamfest! 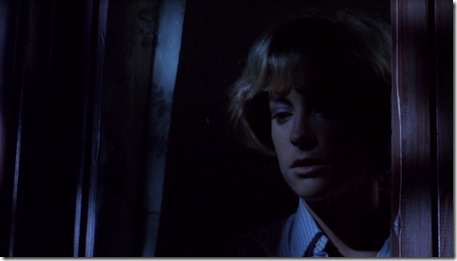 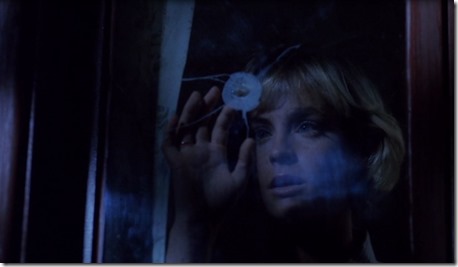 Poor Tina why did you have to go and fall asleep again! Now you got someone tapping at your window on a night when the air is blue. The fact that Tina is dreaming of a someone outside her window shows clear signs of not feeling to optimistic about her current state of affairs or future journey. The window actually being broke screams omen. It means that bad things are ahead, tread lightly or take a moment to decide if this particular journey is worth traveling at all. Oh Tina don’t go outside! 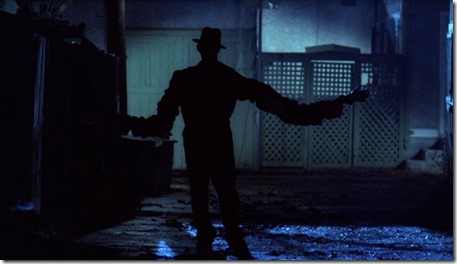 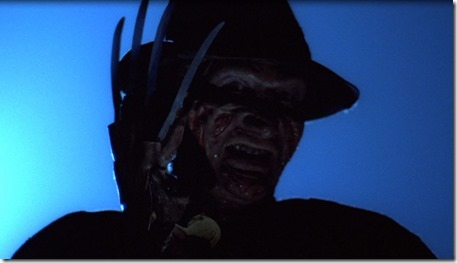 Facing the bad man. Poor Tina is forced to confront the dark side of path in the form of a psycho killer- a horribly burnt man with knives as fingers! These are your God now Tina. You have gone too far on this reckless path and sadly you must now die. 1-2 Freddy has done came for you! 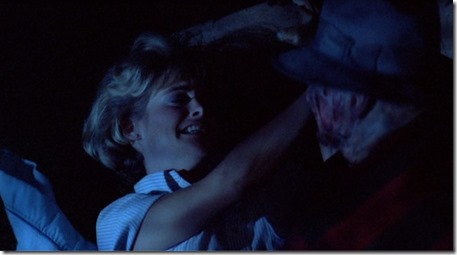 Ah to be attacked in our dreams. It is not a good thing. It symbolizes an emotional flux. This are no longer balanced and we struggle between who we where and who we are to become. The key to take control of the attacker and not let them win. Sadly there is no kung-fu awakening in Tina. She is defenseless against her fears. Don’t worry though Tina soon Freddy will take all that hurt and pain away! 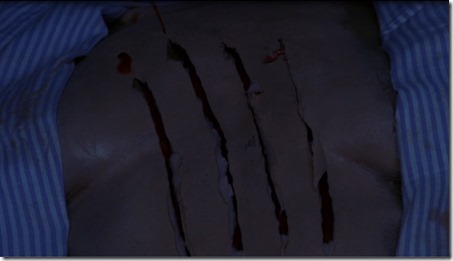 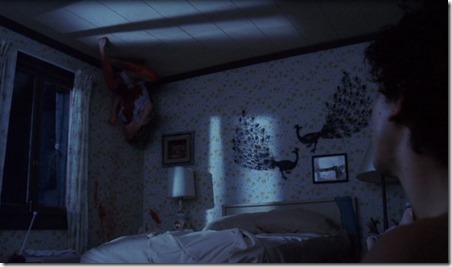 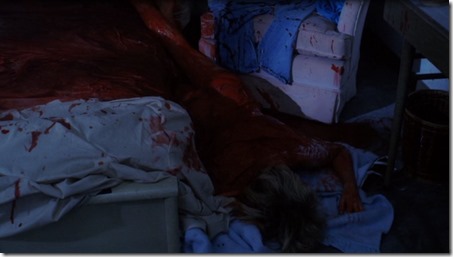 The Death Of Tina Gray! This “Alice” never survived her journey through the rabbit hole, her adventures in Wonderland or the struggle to get back home. Freddy came, Tina screamed and the blood flowed. A lot of blood flowed. It soaked the room. It is never coming out of those sheets and you might as well plan on buying some new wallpaper as well!
Posted by A Southern Horror Fan