Check Out The Trailer For “Ovulation” 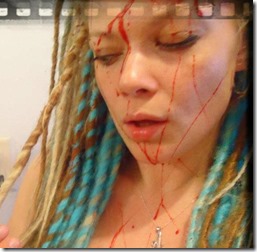 Azura is a woman obsessed with becoming a mother. She is meticulously monitoring her ovulation cycles to try and conceive with her apathetic boyfriend. After months of trying, her obsession is rapidly growing worse. When she finally reaches her breaking point and finds out a hidden secret, how far will she go to become pregnant? Not everyone is conceived out of love.