Crowd Funding Started For “The Hospital 2” 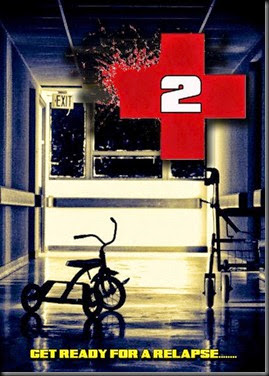 Crowd funding has began for psychological nightmare “The Hospital 2”. From the minds of Daniel Emery Taylor and Jim O'Rear (the team behind the original film plus the comedy-horror FAT CHANCE) comes a new tale of exploitation that is set to sicken, titillate, and enrage audiences once more. The project has set up shop over at Indiegogo where you can find the deets to all the rewards for supporting this indie horror film.

is the sequel to the award-winning and controversial film titled THE HOSPITAL, released worldwide from Deviant Pictures in January 2014.  Since that time, THE HOSPITAL has gained a huge following internationally, arriving in over 150 million homes and retail outlets with still more to come.  It was even banned in Bulgaria and removed from shelves across the United Kingdom due to it's unflinching portrayal of violence.

Due to overwhelming public demand, Deviant Pictures was offered a worldwide distribution deal to create a sequel to this film that is fast becoming a cult classic.

THE HOSPITAL 2 will continue pushing the envelope of what is allowed to be shown on screen while maintaining its dark sense of humor.  The sequel will feature genre favorites Kevin Van Hentenryck (Basket Case 1-3), "Scream Queen Of The Decade" Debbie Rochon (American Nightmare), Jim O'Rear (The Dead Matter), Daniel Emery Taylor (The Return Of Swamp Thing), and Scott Tepperman (Ghost Hunters International).