"The Miskatonic Files" is a brand-new web series coming this summer to a dark corner of the interweb from “Slay Utterly” director Stuart Wahlin. The series is based on characters from short film, “Mictlantecuhtli”, which introduced college professors Patrick Blake and Dr. Jack Owen. Daren Marlar and North Roberts have signed on to reprise their roles as, from installment to installment, they find themselves confronting the unknown.

According to the statement made on the series Facebook page, “While the series centers on these characters, it also provides a great opportunity to introduce new ones in each episode, some of which may be recurring (hint-hint, actors). Depending on how well the series takes off, and my deepening workload with other projects, like Slay Utterly, it's possible I may be looking for guest writers and directors down the road, too (hint-hint, filmmakers). In the near future, we'll probably release Mictlantecuhtli as a sort of pilot episode while we're producing new ones.” 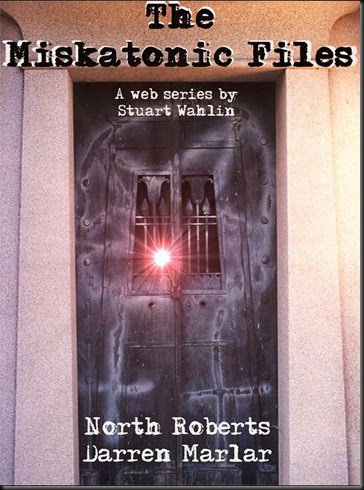