Check Out The Promo Poster For “You Found Me”

I am so thrilled to be posting this story. I have been waiting for the announcement of “You Found Me” feature film finally going into pre-production. It has been awhile since any news has come out about this film, Now Lawrence Nelson has posted this cool promo poster on the film’s official Facebook page announcing the film’s production.  Party!

“You Found Me” the feature film is an adaptation of the quick but gore-ific short film which was picked up by Black Flag TV back in 2012. The feature adaptation was put on hold so that Nelson could focus on the slasher horror “The Mangled”. So this is news that has me amped. “You Found Me” has already signed Christina Schimmel, Robert Mukes, Alex DeVivo, Deborah Funes, and John Johnny to the cast. 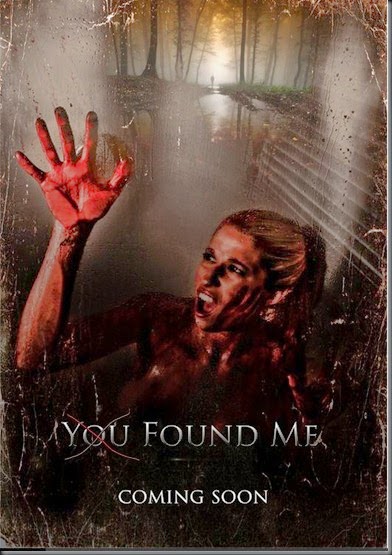