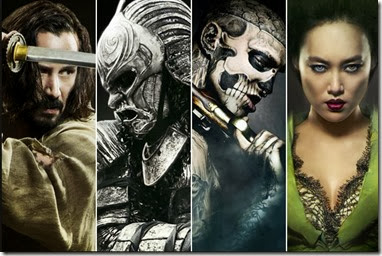 The outcast Kai (Keanu Reeves) joins a group of ronin, led by Kuranosuke Oishi (Hiroyuki Sanada), who seeks vengeance on Lord Kira (Tadanobu Asano) for killing their master and banishing the group. The ronin embark on a journey with challenges that would defeat most warriors.