David Bradley To Portray Prof. Abraham Setrakian In ‘The Strain’ 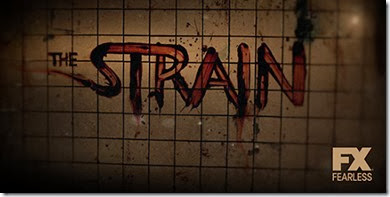 Deadline is reporting that British actor David Bradley, of “Harry Potter” and ‘Game Of Thrones’ fame, will portray vampire eradicator Prof. Abraham Setrakian in FX’s new series ‘The Strain’, adapted from del Toro and Hogan’s supernatural thriller novel series. The character of Setrakian was recast after the pilot episode was shot with John Hurt playing the part.  The series is set for a summer 2014 release. Read the rest of the details on the show here!

‘The Strain’ is a high-concept thriller that tells the story of Dr. Ephraim Goodweather (Corey Stoll), the head of the Centers for Disease Control Canary Team in New York City. He and his team are called on to investigate a mysterious viral outbreak with hallmarks of an ancient and evil strain of vampirism. Setrakian is a holocaust survivor who immigrated to the United States after World War II and now runs a pawn shop in Spanish Harlem. As the outbreak spreads, he may be the only one with answers – if anyone will listen. 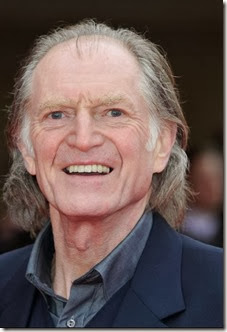 The beginning of the book trilogy’s story begins with a Boeing 777 that arrives at JFK, on its way across the tarmac, when it suddenly stops dead. All window shades are pulled down. All lights are out. All communication channels have gone quiet. Crews on the ground are lost for answers, but an alert goes out to the CDC. Dr. Ephraim "Eph" Goodweather, head of their Canary project, a rapid-response team that investigates biological threats, gets the call and boards the plane. What he finds makes his blood run cold.

In a pawnshop in Spanish Harlem, a former professor and survivor of the Holocaust named Abraham Setrakian knows something is happening. And he knows the time has come, that a war is brewing.
So begins a battle of mammoth proportions as the vampiric virus that has infected New York begins to spill out into the streets. Eph, who is joined by Setrakian and a motley crew of fighters, must now find a way to stop the contagion and save his city - a city that includes his wife and son - before it is too late.