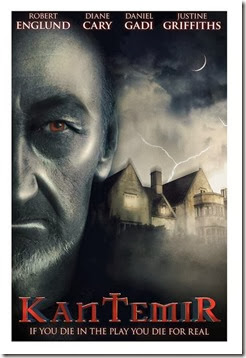 The horror thriller “Kantemir” is currently in post-production but a trailer has been released for the film which stars Robert Englund. “Kantemir” is directed by Ben Samuels and also stars Diane Cary, Daniel Gadi, Justine Griffiths, Stu Stone. The film follows a group of actors who become possessed by a haunted play.

A group of actors gather in a remote Northeastern town to rehearse for a mysterious stage production, only to be plunged into a hellish world where their real lives mirror the grisly story of the play.