My Review Of “The Haunting Of Harry Payne” 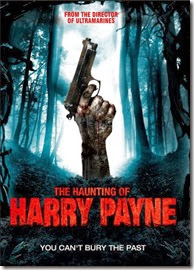 “The Haunting Of Harry Payne” is a British horror film written by John Mangan and directed by Martyn Pick. It is a atmospheric thriller starring Tony Scannell, Graham Cole, Anouska Mond, Fliss Walton, Katy Manning, P.H. Moriarty and Neil Maskell. The plot follows Harry Payne who lives a very unsettled life even as an ex-gangster now seeking a new start after his release from incarceration. After settling in a small community to be near his wife committed to a close by hospice for mental issues, more troubles come to Harry Payne. He becomes the prime suspect of a series of brutal murders while dealing with the reputation that has followed him. However there are more maleficent works at play. “The Haunting Of Harry Payne” is a modern blend of supernatural thriller and murder mystery twisted into one chillingly good tale.

The story of “The Haunting Of Harry Payne” isn’t over-complicated or extremely complex but there is enough depth within this drama to keep you enthralled from start to finish. With just enough layers of past, and present to build the characters and still keep you in suspense. Thankfully the actors all give stellar performances that bring the story alive convincingly without overstating or becoming a hindrance. Plus the ending is one that I did not see coming at all. And the supernatural element is a creepy, haunting one that rises to a delightful finale that does not disappoint.

The effects and kills are on the tamer side of horror with most of the deaths taking place just beyond camera’s reach-so gore-hounds may be a bid disappointed. However I don’t think they will be any less entertained by the deaths because they are more classical moments that tease the brutality with screams, blood-splatter and a few moments of carnage but all in context. The story is a really mature, well executed blend of all the elements that make film’s like this practically brilliant on the whole. “The Haunting Of Harry Payne” is a film that should entertain almost any horror fan!
Posted by A Southern Horror Fan