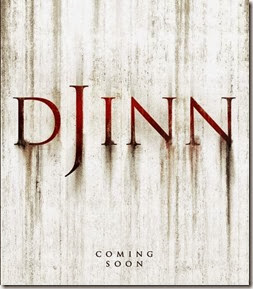 It seems like forever since work came of Tobe Hooper’s “Djinn”, a film that for the most part was kept under wraps during the majority of production. There were some articles and non-affective images from the project released that gave only small hints to the depth of the picture but finally we have a full glimpse into this tale. The official trailer for “Djinn” has dropped giving us our first real look at the film. “Djinn” is a fascinatingly intriguing story that deals with a lore that is truly captivating, unsettling and dark- the djinn and the evil their shadow presence offers the world of man. Check out this English Subt. trailer below.

“Djinn” stars  Khalid Laith, Razane Jammal, Aiysha Hart, Carole Abboud, Paul Luebke, and May El Calamawy. It is set for a world premiere at this month’s Abu Dhabi Film Festival. No release date has been set yet for the horror thriller.

Desperate to put the traumatic loss of their young child behind them, newlywed couple Khalid and Salama flee New York, back to their home in the UAE. Unbeknown to the couple, their new home in luxury apartment block, Al Hamra, was built on the site of an old abandoned fishing village of the same name. Legend has it that the village was abandoned after manevolant beings haunted its inhabitants. Unsettled by her new surroundings and the eerie hallways of Al Hamra, Khalid worries his wife is failing to battle her personal demons — but could it be something far more sinister?