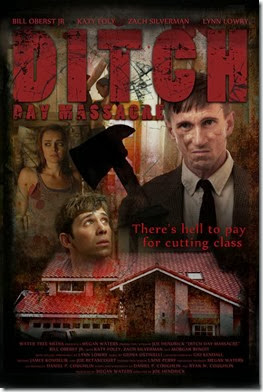 Jenny Bilson is the all American sweetheart. The one mistake she is unaware of making comes back to haunt her in a very violent way, as her past returns for revenge. Described as a full-on intense, suspenseful and bloody a horror picture. This is probably what would have happened if Alfred Hitchcock had directed Ferris Beuller's Day Off and added 100 gallons of blood. Hell I am sold on that statement alone! Check out the first clip below titled “A Cup Of Coffee”.