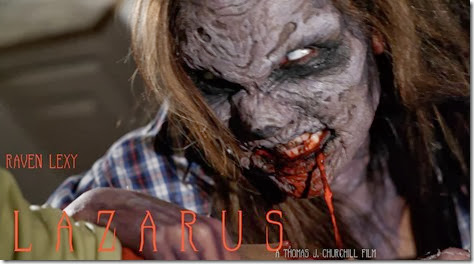 1957 Hollywood CA. A telegram arrives at the office of George Lazarus, an Insurance Investigator to investigate a suspicious claim that was just put in by Deadly Sin Cigarette Company. Lazarus begins to schedule routine interviews with the twelve employees that are named on this claim. He learns that they all had just gotten fired for being sick at the job. …He never makes it back to the office. What seemed to be a normal Fraud Investigation case … may have turned out to be the beginning of the end for the human race. His fiancée Bethany begins to worry as she realizes that he hasn’t been back at the office since early that morning when she last saw him. Not the behavior from a man who lives by daily routine. She decides to follow his path in hopes to locate him. Nothing can prepare her for what she is about to witness in this creepy horrific tale .