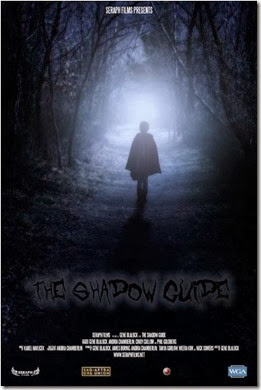 Seraph Films has revealed some cool creature concept art for their horror feature “The Shadow Guide”. The art along with updated perks were added to the Indiegogo crowd funding page. There is also a teaser pitching the film to potential backers. “The Shadow Guide” is a story of a young women’s journey to find value in humanity and fulfill her destiny, wrapped in a dark, science fiction cloak. The film follows Alexandria, a girl who has lived her life with a nagging feeling of imminent doom. Her dreams often find her haunted by a mysterious, skeletal figure, The Shadow Guide, who asks her, "Do you want to know how the world ends?"

Alexandria discovers that The Shadow Guide visits from a much older plane of existence; one that is rapidly losing its form to the void.  Facing his own oblivion, The Shadow Guide is willing to sacrifice his own universe to save ours, in an effort to help us avoid the mistakes of his own kind and preserve some memory and purpose of his own. Reaching from beyond our known reality, The Shadow Guide struggles to communicate his apocalyptic message to Alexandria. 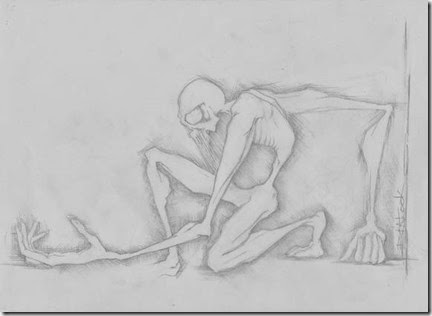 Terrified, Alexandria must overcome her fears to face her destiny and fulfill her role to save our existence. As Alexandria begins to understand the message of The Shadow Guide, she must reconcile her own existential doubts - is the human race worth saving?  Why is her role so pivotal when there doesn't even seem to be a grand scheme of things? Ultimately, Alexandria holds the power to choose between existence or oblivion.