Check Out The “In Fear” Clip “Someone Behind You” 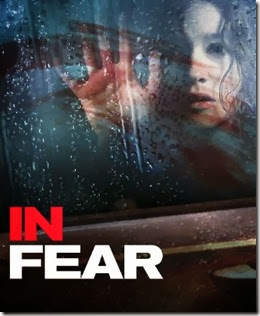 In Fear, the critically acclaimed international sensation and feature film debut of writer/director Jeremy Lovering, makes its U.S. theatrical debut on March 7th, in exclusive engagements in New York at the Quad Cinemas and in Los Angeles at the Los Feliz 3 Cinemas. "In Fear" arrives on DVD/Bluray/VOD on March 11th from Anchor Bay.

In Fear is a tense psychological horror about a young couple’s fight to make it through the night. Home invasion but in a car. In real-time. Tom (De Caestecker) and Lucy (Englert) are trapped in a maze of country roads with only their vehicle for protection, terrorized by an unseen tormentor hell-bent on exploiting their worst fears. Driving, lost and tormented in the night, primal fears of the dark and the unknown give way to fear that you have let the evil in, or that it is already there.