Production Complete For “The Conduit” 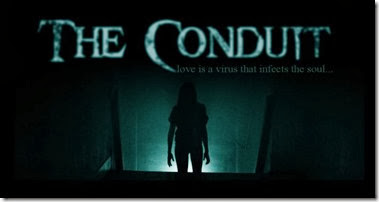 
Love is a virus that infects the soul...

“The Conduit” is a psychological thriller that follows love-scorned Eddie, who returns to his  hometown after his divorce, hoping to pick up the pieces of his shattered life. Unable to deal with his cope, and haunted by tragedy from his childhood, Eddie attempts suicide, and winds up in therapy where, desperate to fill the void in his heart he falls for Amy, a mysterious and beautiful young wild flower. But something dark and sinister lurks in Amy's past, will her love save Eddie or will it devour his soul?
Posted by A Southern Horror Fan