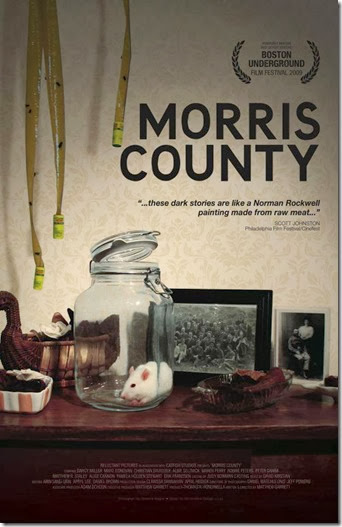 In a performance praised by both Fangoria and Rue Morgue, Darcy Miller is Ellie, a damaged teenage girl harboring a terrible secret. Through the course of one traumatic day we learn what led this innocent girl down a path of self-destruction from which there is no return.

In The Family Rubin, an upper middle-class Jewish family struggles to keep up appearances as their seemingly perfect life begins to crack at the seams. Albie Selznick (Ricochet, The Young & The Restless) leads an ensemble cast in this shocking and heartbreaking take on the destruction of the modern American family.

Elderly Iris is laid off in Elmer & Iris, forcing her to join her curmudgeonly husband in early retirement. When Elmer suddenly dies, Iris decides to keep his decaying body around out of fear of living – and dying – alone. Pamela Stewart (Hal Hartley’s Trust and Amateur), Erik Fransden (The Colbert Report), and newcomer Alice Cannon star in this melancholy meditation on loss and the inescapable prison of old age.