“Provoked” To Be Part Of Full Moon Streaming’s Feature Selections 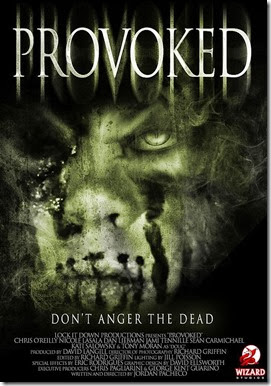 “Provoked” is a film that I have followed from the beginning and had the privilege of reviewing back in November. The film is paranormal sleeper that draws you into the story and offers a mature, chilling, thriller. You can read my review of the film here. Now on to the really stellar news about this little gem. It seems that Wizard Entertainment, part of Charles Band Full Moon Entertainment, has picked up “Provoked” for the company’s streaming site.