On Set Video From MTV @ Filming Of “The Host” 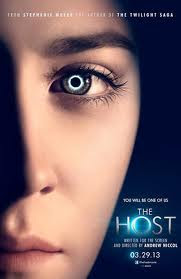 Check out this on set talk with “The Host” cast & crew from MTV. The film is an adaptation of Stephanie Meyers novel. It stars Saoirse Ronan, Diane Kruger, William Hurt and Max Irons.

A parasitic alien soul is injected into the body of Melanie Stryder. Instead of carrying out her race's mission of taking over the Earth, "Wanda" (as she comes to be called) forms a bond with her host and sets out to aid other free humans.