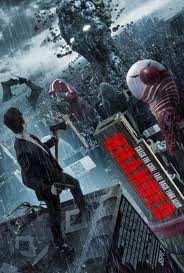 
“After Misha skyrockets to the top of the advertising business, a tragic mishap on the set of one of his productions torpedoes his career and he retreats into self-imposed exile. Ten years later, Misha returns to a radically changed world and finds himself plagued by visions of bizarre and terrifying creatures with the ability to influence people’s thoughts, desires and actions. Creatures only he can see.


He soon realizes the creatures are part of a clandestine campaign unleashed by a rival advertising agency to make “fat the new fabulous” and create a new era of uncontrolled consumer appetite. In order to save mankind, Misha uses his own considerable marketing skills to launch an ingenious plan to try to eradicate the plague. But the corporate legions will not go down without a fight.”