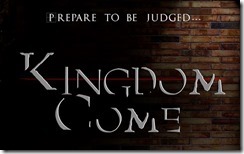 Check out the sales trailer for dark thriller “Kingdom Come”. The film is directed by Greg A. Sager and stars Katie Uhlmann, Ryan Bartlett, Camille Hollett-French, Kirsten Comerford. Pre-production began on the supernatural horror film in March, 2013 with the sales trailer send to Cannes for worldwide markets. Here is my take away from the trailer - “Kingdom Come” plays upon that notion of what the soul endures and the fears faced, trails overcome that everyone must go through, only it is set in a very horror drawn nightmare situation. Watch the trailer below and see if you get the same concept.

A group of strangers awake, trapped inside an old abandoned mental hospital. With no apparent way out and no one being able to remember how they even got there they begin searching for a way to escape. As they explore the cold, dark maze of corridors they realize they are not alone and that they are being stalked by supernatural forces with sinister intentions.


For Sam (Ry Barrett) and Jessica (Camille Hollett-French) keeping Celia, (Ellie O’Brien) the youngest member safe proves to be just as difficult as keeping the group together as hostilities grow between them. Everyone begins to question each others motives as secrets linking their pasts are revealed and that someone within the group is not who they say they are. One by one they begin to disappear, all that is left behind to be found by the others is the devastation and carnage of their demise.

As everything and everyone unravels they start to understand that all the windows that have been boarded up from the inside is not so much to keep them in, but keep whatever evil lurks outside… out. In this place nothing is as it seems and the decisions they make here will seal their fate forever. 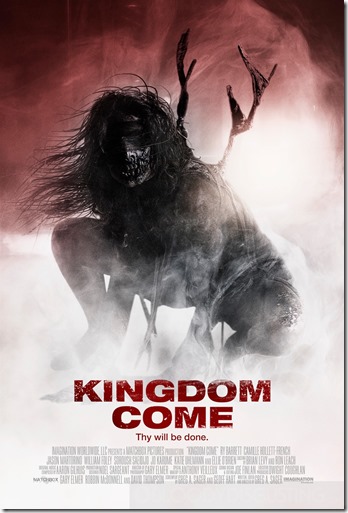